Trigmatic Sophia (Official Video) Mp4 Download – Off his last studio album, Trigmatic drops his second video for His track, Sophia. Sophia is an Afrobeat sound made up of a distinct horn session, accompanied by Trig’s soothing vocals on carefully laid bass lines and shakers from the Safoa Band and Genius Selection. The video is a very colorful piece shot in Johannesburg, South Africa by Ghanaian director Steve Gyamfi. It’s a video that depicts an African home of tension and ‘fire’ with its lead character being the energetic @_ndoshii (Instagram) playing her role through some amazing contemporary dance moves. She was supported by Choddex Rich, a Ghanaian actor/musician who played the role of her husband. Extra roles played by Trigmatic himself and Benjamin Anas. 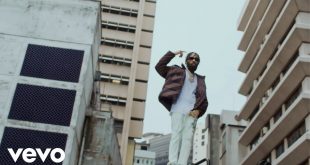