He currently resides at Kpong in the Eastern Region. This is the beginning of life one of Ghana’s most talented musical artist, StarCross as he continues his life career below.

I started my Early Education in Labolabo in the Volta R. And Complete my JHS level in Kpong, Eastern Region. I’m now looking forward for SHS. I’m a Dancehall Artist born in Ghana, I’m the 4th of Six kids, I have 2 brothers and 3 Sisters. I’m so Loving and Caring, I also respect everyone around me whether young or old. I love Listening to Music, I love Reading and Drawing as well…..

In the year 2015, I began to pursue a career in music after listening to many songs from many artist.
So I started to develop it through the help of my Best friends namely; Amewuda Celestine also known as “Baby” and Johnson Sylvester Bismark Also known as “Pronzy Wale”. This two friends are more than a Brother and a Sister to Me.

In the year 2016, I started to look for a Studio which can help bring out the talent in me. In year 2018, I located a studio in Akrade, where I met my Savior who is a Producer and also a Musician called Raymond Amartey popularly known as RayRock. I Humbled my self and started to work with him in peace.

In the year 2019, I released numerous Songs and the first song was title ” Baby”. This song was a song dedicated to Celestine Amewuda popularly known as “Baby” for the Love and Trust she had in me. And later followed by “In Love with You, For your Love, Lyf, Family Reject, Money ft Slimkross, Rosena ft Shatta wale Melissa refix etc…..

In the year 2020, I got a Big Collaboration from Nigeria, where I featured One best talented artist called Yung-Zee on his single tittle ” Dina “… After that Collaboration, I start to drop another singles which were; Fefeefe, Nye mawu, Chicago, Virus, Oseiyie refix by Medikal ft Kuami Eugene etc”……

In April, 2021, I storm the Street again with a Hot drill Banger Tagged “Street Problem” which was a Hit and loved by many People.

Again, On the 5th of November, this year, I have released another hot banger tittle “Mawuko (Only God)” which is still Trending on all Music platforms….

I do Dancehall, Reggae Dancehall, Afro pop, Drill etc. I have worked many artists like; Slimkross, Yung-Zee, Shatta wale, Kuami Eugene, Medikal, PronzyWale, etc.. I have 17 Songs so far, titles are provided already.

I started music in 2016 with no awards or nominations yet but i have 3 official videos. i have no record label and am willing to work with any record label interested in me. One special person I have worked with is Slimkross. 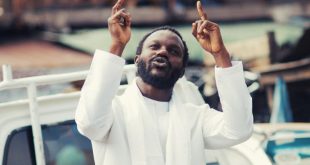